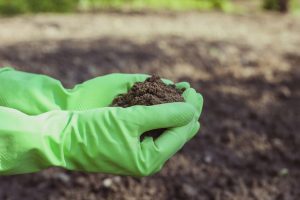 What environmental policies are on the minds of Florida residents, and how will these concerns translate into state legislation? Here are some environmental issues Florida citizens are debating in 2018.

Much of the infrastructure is in a state of decay. Crumbling structures in need of repair are causing raw sewage and effluent to spill into the environment. This issue had been at the forefront even before the devastating Hurricane Irma, though the hurricane certainly exacerbated the situation.

Massive amounts of water are being released from Lake Okeechobee into the Caloosahatchee and Lucie rivers. This is leading to excess algae blooms. While not all blooms are harmful, some produce dangerous toxins that kill aquatic life and render the area unsafe for human exploration. Measures should be taken to mitigate this impact. Governor Rick Scott has already made proposals for a stronger dike and new phosphorous removal technologies.

Currently, 30% of Florida land is under the protection of conservation laws. It costs taxpayers $500,000 annually to maintain every 20,000 acres of land. Some speculate that it’s not wise financially to continue to designate more land for preservation until better guidelines are established.

4. Halt the Use of Electric Septic Systems

Electric-operated septic systems rely solely on gravity to push effluent into the drain fields. While these systems are touted as high-performance, they are not without serious drawbacks. During Hurricane Irma, many of these systems failed, causing raw sewage to spill into residences and streets. If electric septic systems are to be used, they should be designed with a backup generator in the event of a blackout.

The lionfish is an invasive species of bony fish not native to Florida. While elegant in appearance, they are carnivorous and prey on many native Florida fish. This is destructive to the many reef habitats along the Florida coast. Lionfish eats smaller fish that prevent the spread of harmful algae. In addition, lionfish also compete for prey with native predators, such as the snapper and grouper.

56% of oranges in the United States are grown in Florida. This agricultural sector also brings in $4 billion annually for the state. Fruit yield in recent years has diminished due to crop damage from invasive insects. One such pest is the Asian citrus psyllid, a form of lice not native to the region. Some have proposed that measures need to be taken beyond the quarantine measures already in place to prevent further damage to the agricultural sector.

According to a 2017 USF Nielsen Sunshine State Survey, 20% of Floridians listed loss of habitat for wildlife as the top environmental concern. It’s also been estimated that an additional 7 million acres of natural habitat will be converted into public roads by the year 2060. Lawmakers are looking into new legislation to protect natural areas as the human population grows.

One way to contribute to a more sustainable Florida is to reduce the amount of harmful contaminants in the air, water, soil, and food. Phoslab Environmental Laboratories provides contaminant testing for local businesses and state regulatory bodies. For quick and accurate testing according to the latest methodologies, please submit us a sample for analysis today.