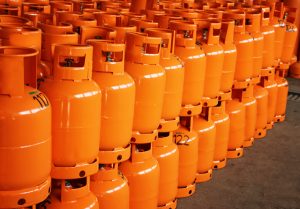 Petroleum discharge is a serious environmental concern. Petroleum is also a world necessity as it has wide-reaching applications, from producing motor fuel to asphalt production. Globally, the world consumes about 95 million barrels of petroleum per day. With such heavy reliance also comes responsibility that petroleum discharge does not pollute the environment. This is why the Petroleum Restoration Program was created to offset the environmental implications.

What Is the Petroleum Restoration Program?

The Petroleum Restoration Program was created by the Florida Department of Environmental Protection (FDEP) in response to petroleum discharge from gas stations, waste storage facilities, and surficial spills. Most of the discharge made its way into the groundwater, which provides 98% of the state’s potable water. The discharge has been occurring as early as the 1950s. Remediation, though, was minimal due to the lack of understanding at the time of petroleum’s impact on the environment. Most of the spills and discharge also went unreported for decades.

The Petroleum Restoration Program was designed to fund the remediation of sites affected by petroleum discharge. The program covers most of Florida, starting from Jacksonville, all the way down south to Miami. Businesses that operate on or near affected sites may qualify for funding for petroleum testing and corrective action.

Businesses under the Petroleum Restoration Program may qualify for one of two programs: The Low Score Site Initiative (LSSI) and Low-Scored Assessment (LSA). Surveying from a testing agency like Phoslab helps business owners determine if they qualify for either program.

LSSI is designed for sites that are deemed low-priority with minimal risk of severe contamination. Most low-priority sites have been on the waiting list for remediation funding for years if not decades. Further assessment determines whether a site requires cleanup or if it’s deemed safe enough to be removed from the list of at-risk sites.

Under LSSI, businesses and landowners can choose their own surveyors and testers. Testing firms then act as an intermediary between property owners and the FDEP.

LSA is very similar to LSSI, though with the former property owners may be responsible for certain deductibles and co-pays. The FDEP also selects a pre-approved contractor assigned to the site, so landowners don’t have the option of selecting their own contractor. Sites with pre-existing records of petroleum contamination usually falls into this program.

The Implications of Petroleum Discharge

The petroleum refinery process converts normal crude oil into petrochemicals, which release airborne toxins that are highly carcinogenic to humans and wildlife. This also leads to increased greenhouse gasses and carbon dioxide emissions.

The combustion of petroleum byproducts also mixes with the atmosphere, leading to acid rain. Petroleum discharges have also been linked to toxic chemicals (such as benzene) found in soil and drinking water.

We help businesses and property owners conduct water and soil testing to determine presence of petroleum or other contaminants. Results determine whether you qualify under the Petroleum Restoration Program or if your site presents any health hazards to the greater public. Contact Phoslab Testing Laboratories to schedule an initial evaluation.