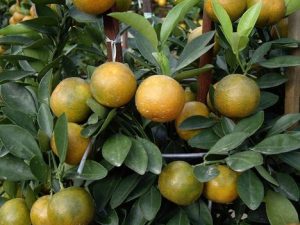 Saving oranges by altering their DNA

The disease that sours oranges and leaves them half green, already ravaging citrus crops across the world, had reached the state’s storied groves. In the years that followed, Kress and the 8,000 other Florida growers who supply most of the nation’s orange juice poured everything they had into fighting the disease they call citrus greening.

To slow the spread of the bacterium that causes the scourge, they chopped down hundreds of thousands of infected trees and sprayed an expanding array of pesticides on the winged insect that carries it. But the contagion could not be contained. They scoured Central Florida’s half million acres of groves and sent search parties around the world to find a naturally immune tree. But such a tree did not exist.

A plant disease called citrus greening is ravaging Florida’s orange trees. But growers are fighting back.