All You Need To Know About BTEX Contamination February 6, 2016 Phoslab BTEX, Uncategorized 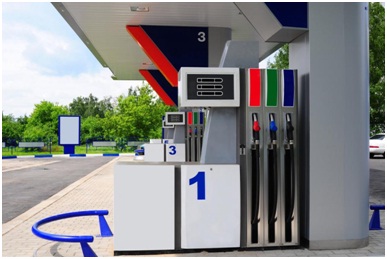 The acronym BTEX refers to the compounds Benzene, Toluene, Ethylbenzene and Xylene. These compounds occur naturally in crude oil and can also be found in sea water in close proximity to petroleum and gas deposits. Other natural sources of BTEX compounds include emissions from forest fires and gases from volcanoes.

However, the manmade releases of BTEX compounds are through emissions from aircrafts, motor vehicles, and cigarette smoke. BTEX compounds are generally created and used during the production of petroleum products. They are also present during the production of consumer goods like paints, thinners, lacquers, adhesives, rubber products, inks, cosmetics, and pharmaceutical products. They are also regarded as the most abundantly produced chemicals in the world.

According to BTEX testing services, the most common sources of exposure to BTEX compound are from breathing contaminated air, particularly in areas surrounding gas stations, in areas where there is heavy motor vehicle traffic, and through cigarette smoke. On the other hand, contrary to popular belief, exposure to BTEX through water makes up only a small part of the total daily intake compared with dietary and inhaled air sources.

There are public health guidelines for BTEX in drinking water. These guidelines are based on the amount of a chemical that can be ingested over a specific period without any adverse health effects.

Benzene is typically referred to as a carcinogen, which means that it can cause cancer. The public health guidelines specify that it should not be more than 1 part per billion (ppb) in drinking water. The rest of the chemicals, namely toluene, ethylbenzene, and xylene are not recognized as carcinogenic and their guidelines for presence in drinking water are much higher- almost between 300 and 800 ppb.

On the other hand, different types of guidelines are available for BTEX analysis in air for both occupational and ambient settings. Take a look at this complete list of BTEX analysis guidelines that you can refer to. It specifies the concentrations of BTEX compounds in air to ensure protection of human and environmental health.

The ambient air quality objectives to protect human and environmental health are 3 ppb for benzene, 100 ppb for toluene and around 200 ppb for xylene- based on the ambient concentrations of these chemicals for a an yearly period.

It is also necessary to know that BTEX chemicals occur naturally in underground water sources; therefore to ensure that these levels don’t rise above human and environmental health standards, the use of BTEX compounds in fracking has been strictly regulated. This also includes a ban on adding these chemicals to fracking fluid.

The health and environmental standards for BTEX in fracking fluids ensure that BTEX compounds are not a level high enough to contaminate drinking water or impact plants and animals that are dependent on groundwater.

(1 ppb is equal to 1 microgram per litre. It can also be explained as a teaspoon of liquid in an Olympic size swimming pool). 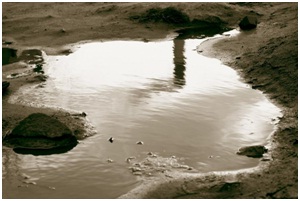 Outdoor levels of benzene typically range from 0.06 ppb in remote areas to 107 ppb in industrial zones that also have a high density of motor traffic. Unleaded petrol contains over 1% to 2% of benzene. However, benzene levels of up to 3,000 ppb have been measured in the air – in and around petrol stations.

Benzene has also been detected at levels of 154 ppb in indoor air. The compounds can also occur in drinks and foods. According to a research study, the concentrations in soft drinks can be as high as 28 ppb.

The most common and largest source of toluene release is during the production, transportation and use of petrol which contains up to 5% to 8% of toluene. In rural areas the concentration of toluene are relatively low. On the other hand, levels of up to 1.3 to 6.6 ppb are common in urban and suburban areas. Levels as high as 350 ppb, have also been recorded in high traffic density areas.

At petrol stations, concentration of toluene can be as high as 2,400 ppb and it can add a considerable number of micrograms to your daily toluene intake. The compound is used in common products such as adhesives, paints and it is also present in drinking water. But the levels in drinking water supplies are generally low (as low as 3 ppb).

Ethylbenzene is a common compound in ambient air and primarily results from vehicle emissions and industrial activities. Petrol contains around 1 to 2% ethylbenzene. At urban sites, concentrations can be as much as 0.1 to 83 ppb; however levels in rural areas are significantly low.

Ethylbenzene is rarely detected in drinking water and levels in uncontaminated ground water are less than 0.1 ppb.

Xylene is a compound primarily released from industrial sources and motor vehicle exhausts. In urban and industrialised areas, xylene levels have been measured at up to 178 ppb. Petrol contains 7 to 10 per cent of xylene. It is also used as a solvent.

Xylene is typically released from motor vehicle exhausts and industrial sources. In industrialized zones, xylene levels may be as high as 178 ppb. Petrol contains about 7 to 10% of xylene. The compound is also used as a solvent.

Background levels of xylene in ambient air are around 0.23 ppb. In suburban areas, this concentration can be almost three times higher.

If you are concerned about contamination, get in touch with us for highly reliable BTEX testing services. We can also offer consultation for remediation methods. Give us a call at (863) 682-5897 or email us at testing@phoslab.com today!