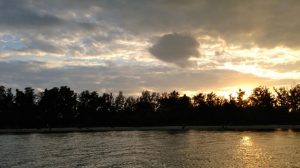 The developers of Long Bar Pointe are trying to make the case that their vision for 463-acres along the Sarasota Bay will be better for the environment.

Developers Carlos Beruff and Larry Leiberman say their team of experts, which includes former National Oceanic and Atmospheric Administration scientists, are working on a written report on how they will save the bay. As they make their promises, Beruff and Lieberman have trickled out details of mitigation plans.